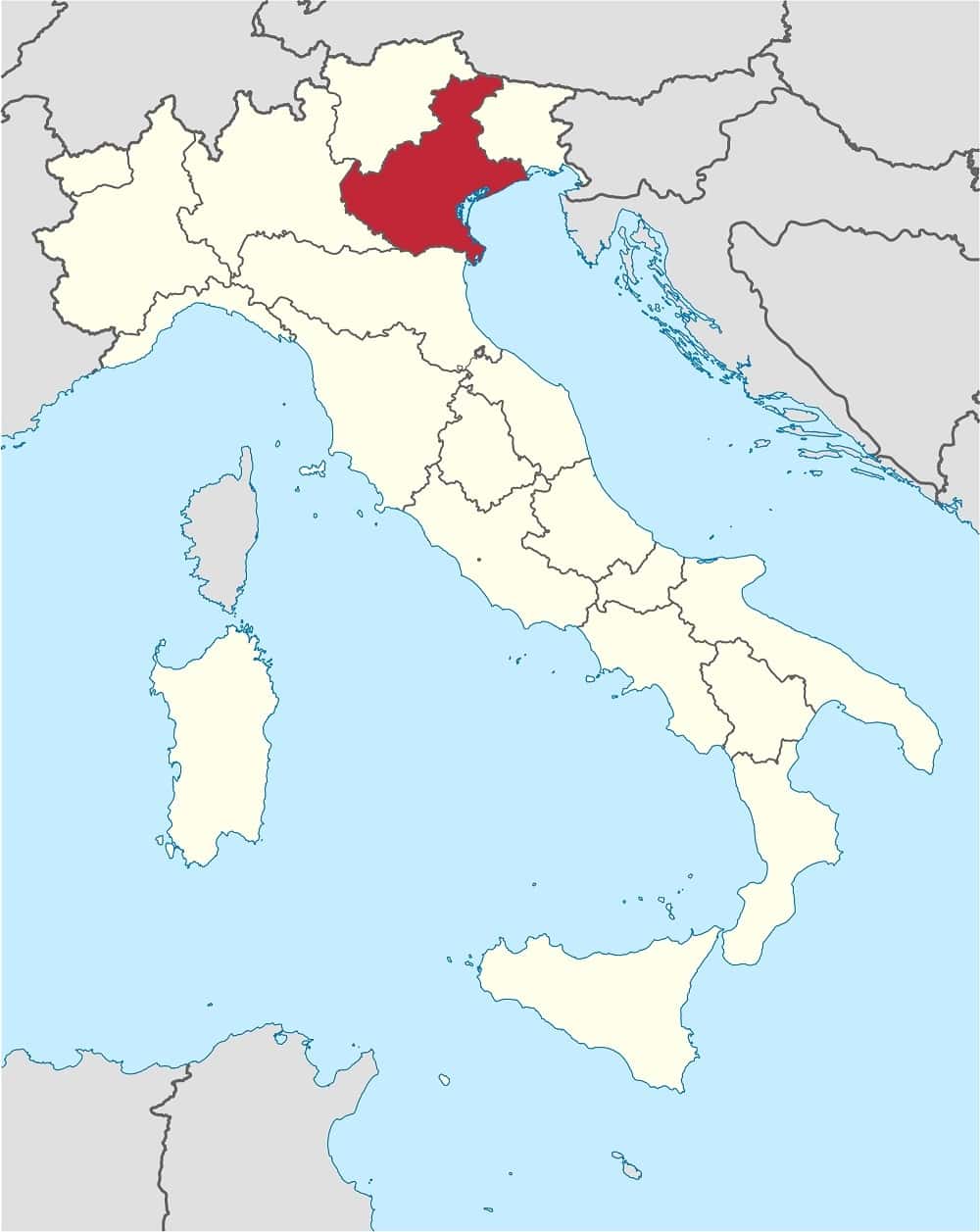 The Venetian cuisine is based on delicate but very varied flavors, which find their roots in the history and the geographic conformation of the region. The products that characterize the main dishes are the four elements consisting of rice, polenta, baccalà and beans. 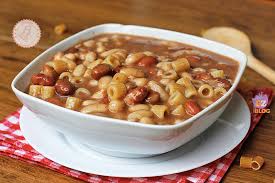 Rice in Veneto is cooked in forty different ways: it comes from the Arab regions, with which the Republic of Venice was in close commercial contact and it began to grow starting from 1500 in the plains of Verona, where the vialone variety is still produced. This quality of rice has a particular flavor, probably dictated by the nature of the alkaline soil in which it grows and the calcareous waters: in these conditions the growers limit the use of fertilizers and artificial substances to the maximum, and the product’s wholesomeness is exceptional. 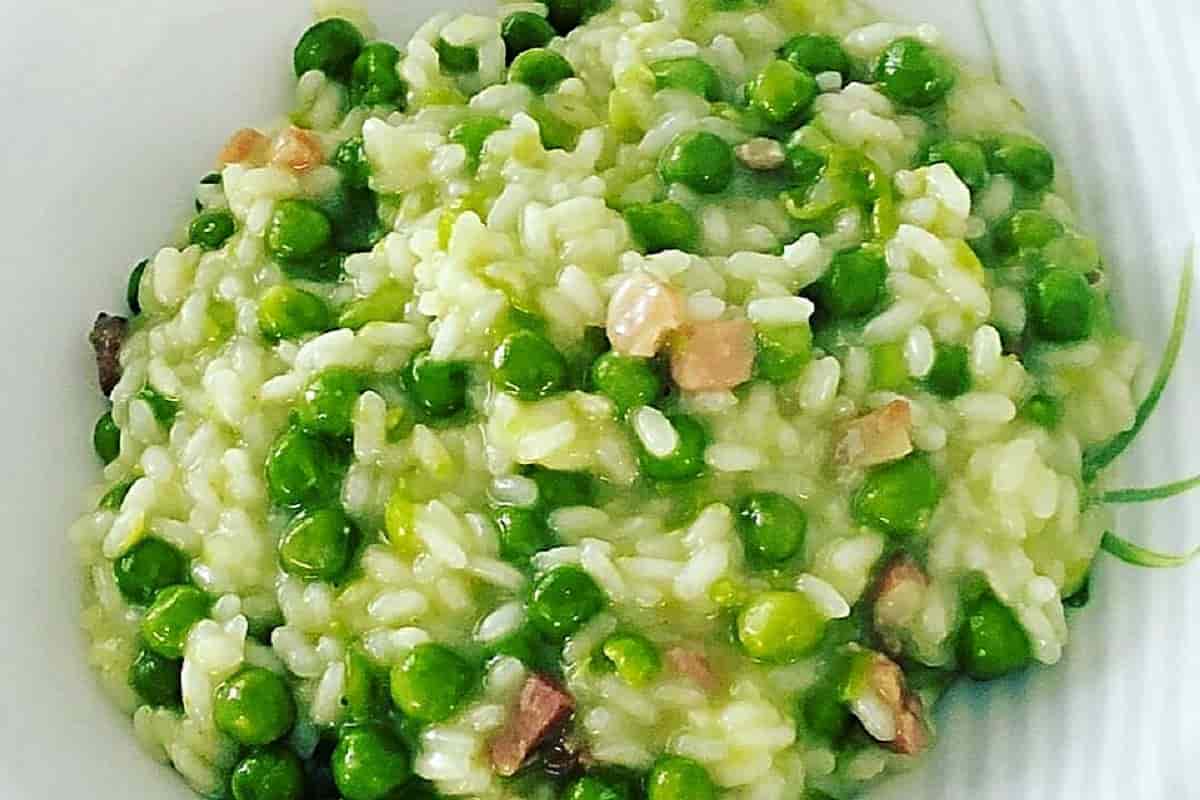 Among the main dishes related to rice, we mention the risi e bisi and the risi e figadini, two soups made with soft peas and chicken meat; Among the risottos are instead famous fish, based on chicken as the ruin, or those whose main ingredient is  beans and snails. 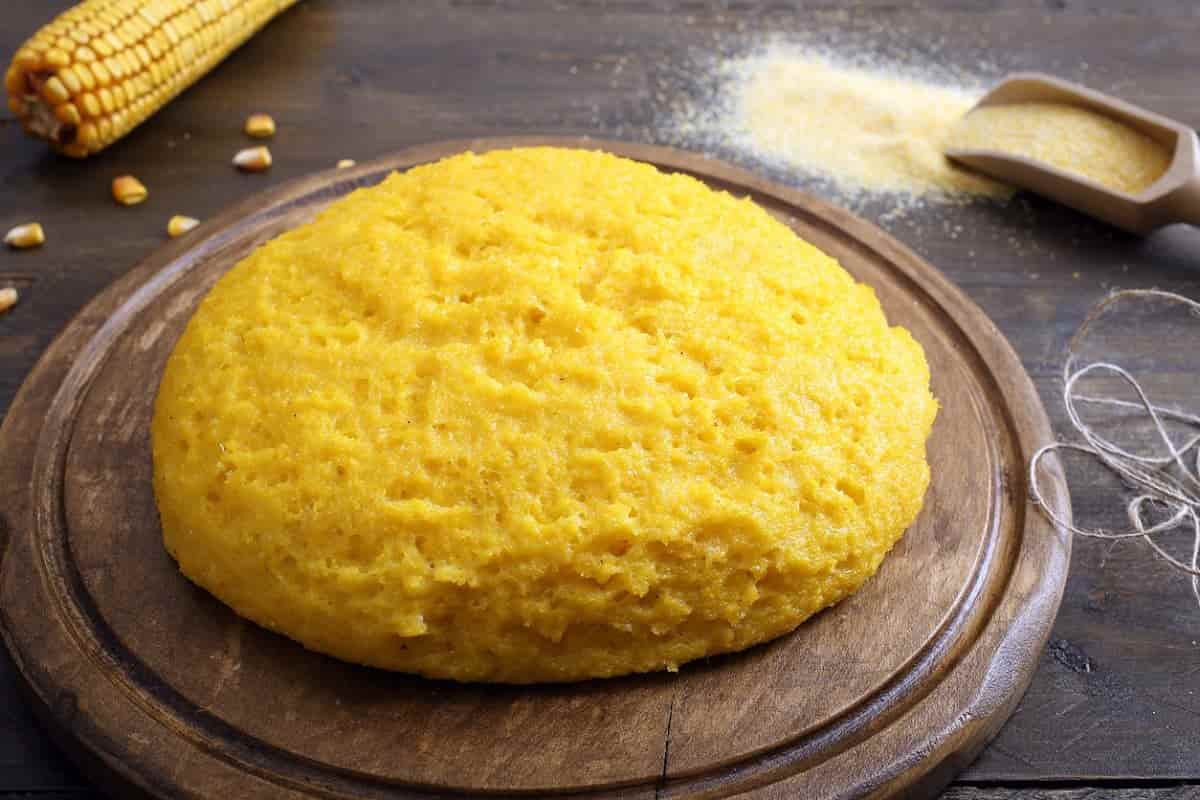 While beans begin to spread at the same time as corn, it is interesting to tell how the cultivation of corn develops.Polenta, which is one of the four cornerstones of Venetian cuisine, is prepared precisely starting from corn flour, a plant that came to the Serenissima Republic in 1500 as a local imposition to farmers, although the peasants were reluctant to its production: even in other regions like Lombardy, the cultivation of corn was introduced only after the plague of 1600 to stem the damage of the famine. 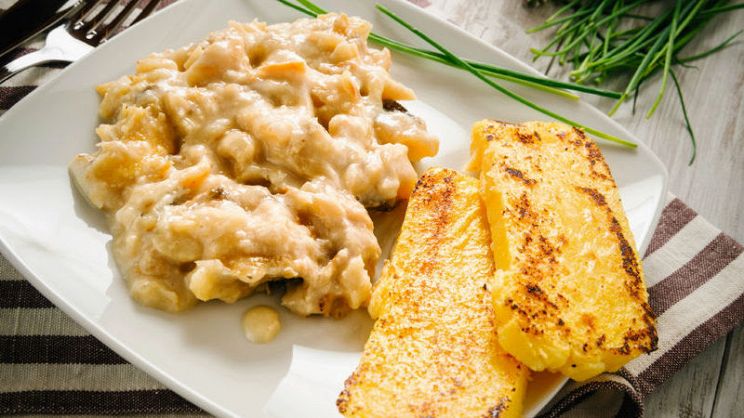 The cod or stoccafisso, has its origin from the northern seas and has a still after introduction: it is served on tables throughout the year, as an aperitif, first course, second course, accompanied by sauces, creams or even polenta. The Vicenza cod is prepared in different variants that use milk, potatoes and other vegetables: the part that does not change, is the cooking of at least two hours 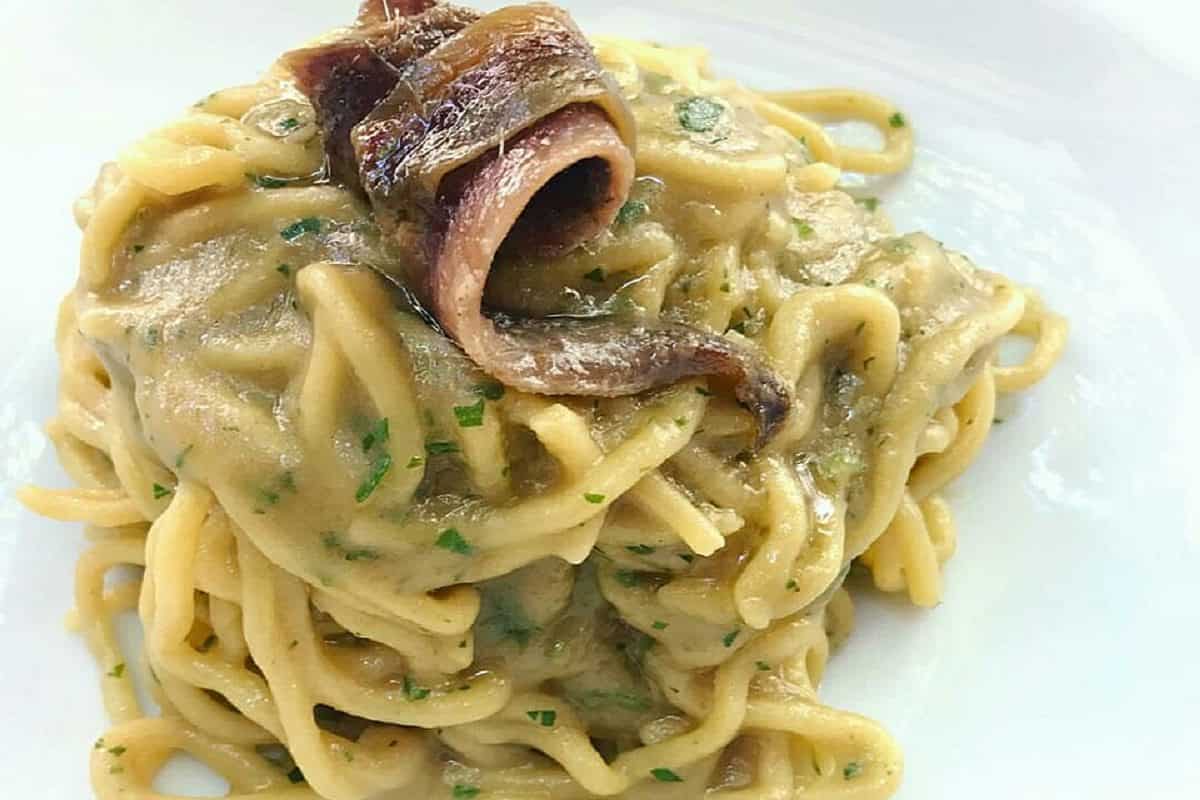 around these fixed points of the gastronomy of the Veneto, beyond the trades and in virtue of the only job of the man, here are many other local products, appreciated as widespread. First of all we remember the meats, cheeses and all products derived from milk, but in particular, among the products of the vegetable garden, the excellent radicchio that is the basis of renowned recipes, such as risotto with radicchio trevigiano, radicchio baked and fried radicchio. 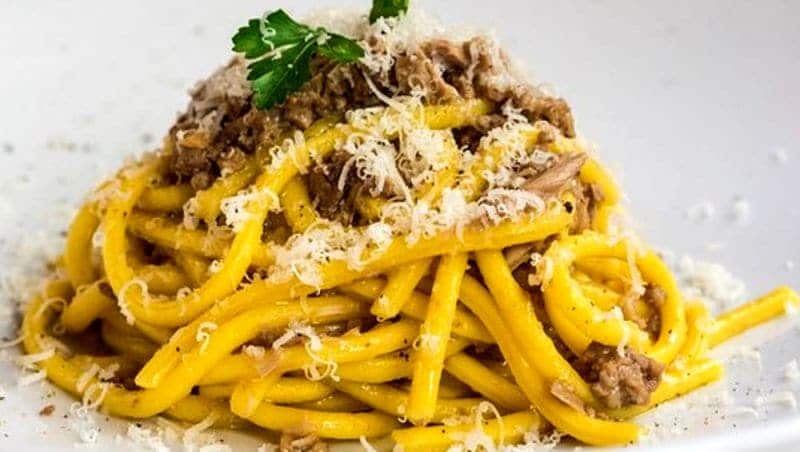 The only really typical pasta of this region, is represented by bigoli, whose preparation is historically linked to the work of man, rather than the housewife, for the physical strength that requires in the original preparation at home. Bigoli are a sort of thick spaghetti made with the use of a hand-operated press, whose surface is particularly rough and suitable to retain sauces. 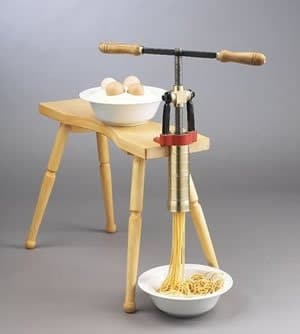 The fact that Venice was an important maritime Republic, explains the spread of spices, widely used in the kitchen and in the past also a tool for food preservation: pepper and cinnamon, but also cloves and raisins, are an integral part of many dishes, in all the provinces of the region. 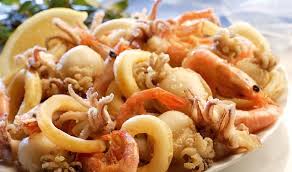 All these elements, native and imported, reveal the reasons for the variety and taste of all the gastronomy of the Veneto, with a strong traditional flavor that never exceeds in the sweet and salty. 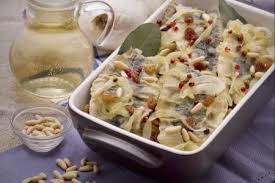 A dish that well represents this balance are the sarde in saor, where the fish is fried and then seasoned with vinegar, pine nuts, raisins and toasted onions. This preparation is applicable not only with sardines but other types of fish, which in this way can also be consumed over several days. 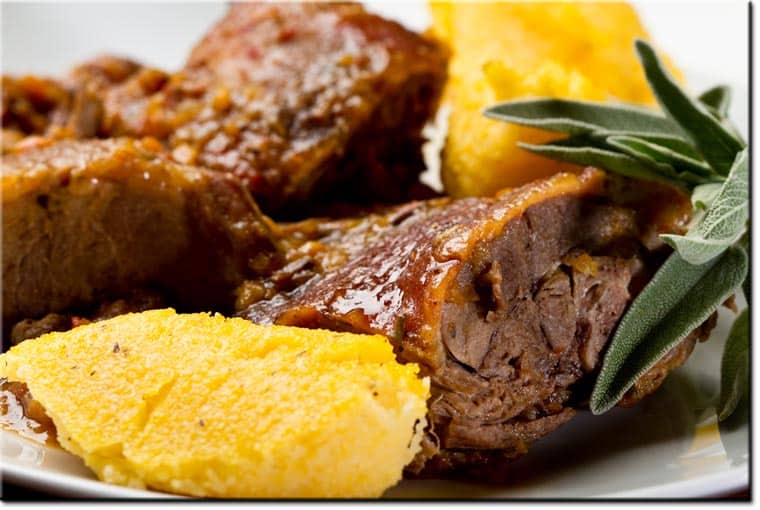 Another historical dish is the goose in onto (fat), where the meat is preserved in oil, together with garlic, rosemary, salt and pepper, cooked slowly at first so as to let out most of the fat; Once cooked, the meat is deprived of the skin and must be cut into small pieces, and can be stored in glass jars filled with layers of grease, even for months. 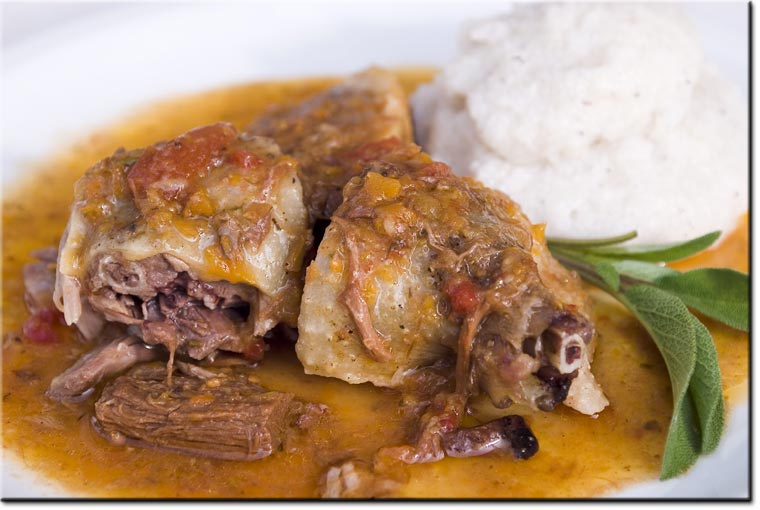 Among the most traditional desserts, besides the sandy cake, go to the Venetian zaletti, whose name recalls the yellow color of the flour used for their preparation or the shape of the rooster that is often made with pasta: the recipe original is very simple, and is based on warm water, flour, baking powder and icing, with the optional butter ingredient. 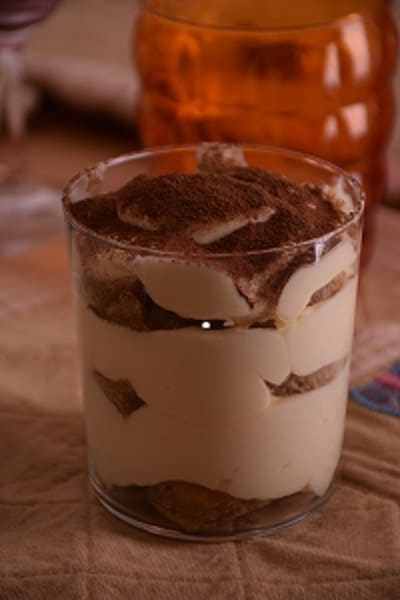 The Venetian cuisine has a particularity: unlike what happens with some dishes of other regions, such as Emilia Romagna and Campania, (where Bolognese and pizza are exported and famous all over the world, albeit with results that are not always comparable to the original), the gastronomy of the Veneto can only be tasted on site. This guarantees an extraordinary uniqueness and genuinenes

The Veneto region is ranked every year among the first four places among the major wine producers in Italy: in every province are very popular taverns, extremely popular and fashionable, which allow you to accompany the taste of local wines to taste of cheeses, toasted polenta and other traditional delicacies. 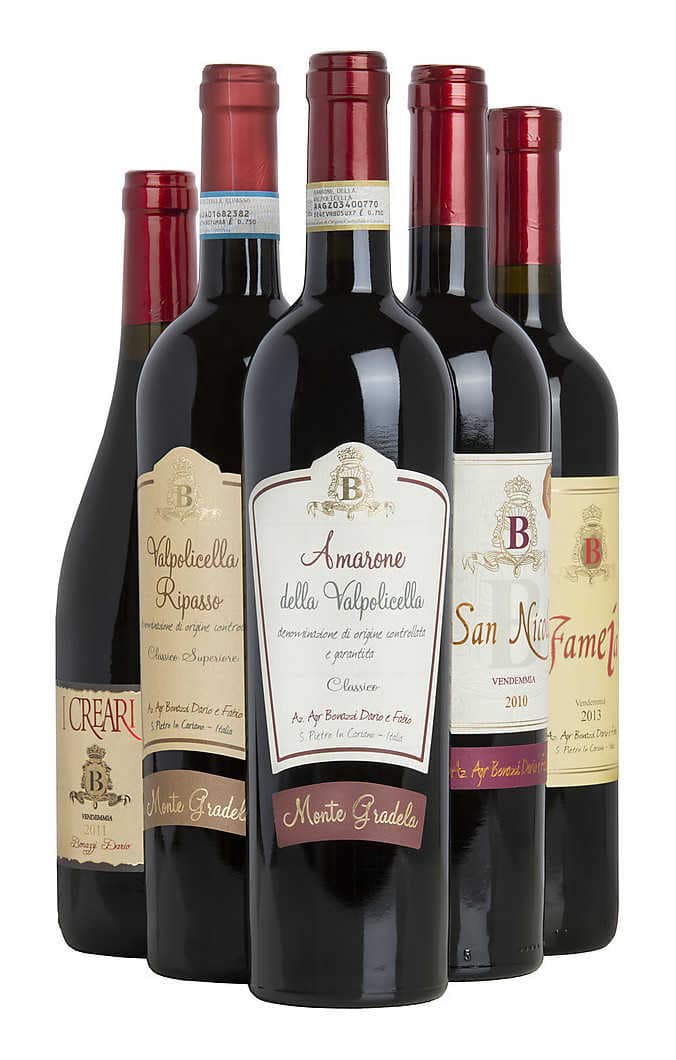 It is no coincidence that the great Vinitaly Fair takes place in Verona, which every April attracts connoisseurs and enthusiasts from all over Italy and Europe.

Turning to the many qualities of wine that characterize the Veneto, we note first of all how the variety is a consequence of the size of the territory at a geographical level and the multiple land and climates. 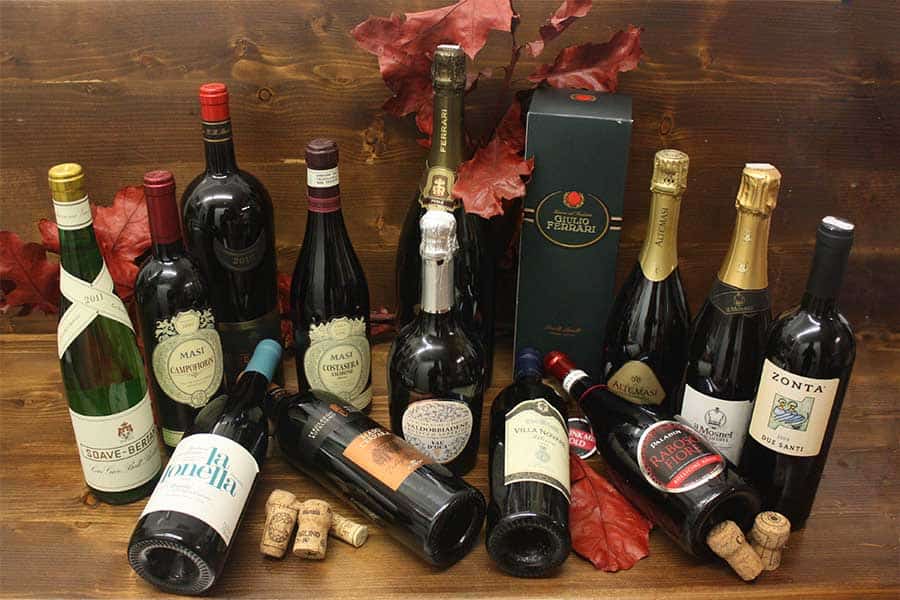 In the Treviso area, the sparkling golden Prosecco is produced, while the sparkling wine of Conegliano Valdobbiadene is even more famous, widespread in particular in recent years. Thanks to the beneficial influence of Lake Garda, in Valponicella many fine wines are born, such as Bardolino, Verduzzo and Soave. Also of these areas also the quality Recioto, which is made using only the external berries of each bunch, which for this reason have been particularly exposed to the sun, and give a very sweet tone to the product. 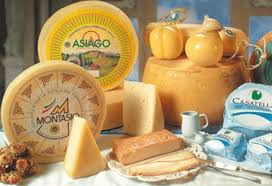