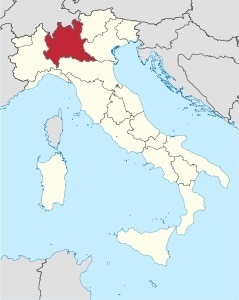 Due to the different historical events of its provinces and the variety of its territory, the Lombard cuisine has a very varied culinary tradition:for the first courses the Lombard cuisine ranges from risottos, to soups and stuffed pasta or cooked in broth,and to a variegated choice of main courses of meat are added to fish dishes of the tradition of the numerous lakes and rivers in Lombardy.

In general, the cuisine of the various Lombardy provinces can be united by the following traits: prevalence of rice and stuffed pasta on dry pasta,butter instead of olive oil for cooking, dishes with prolonged cooking, as well as widespread use of pork, milk and dairy products, and egg-based preparations; to which the consumption of polenta is added, but common to the whole of Northern Italy.

The Lombard cuisine has ancient historical roots dating back to the settlement of the Celts in the Po Valley.

The most ancient Lombard dish is Cuz, whose preparation has Celtic origins: it is a second dish based on lamb that is common in Val Camonica.

Later the methods of elaboration and cooking of the dishes of the Lombard cuisine have undergone the influence of the dominations that over the centuries have followed one another: from the ancient Romans to the successive dominations in the Duchy of Milan and the Duchy of Mantua, or the Austrians , the Spaniards and the French, as well as the domination of the Republic of Venice in the area of Bergamo and Brescia 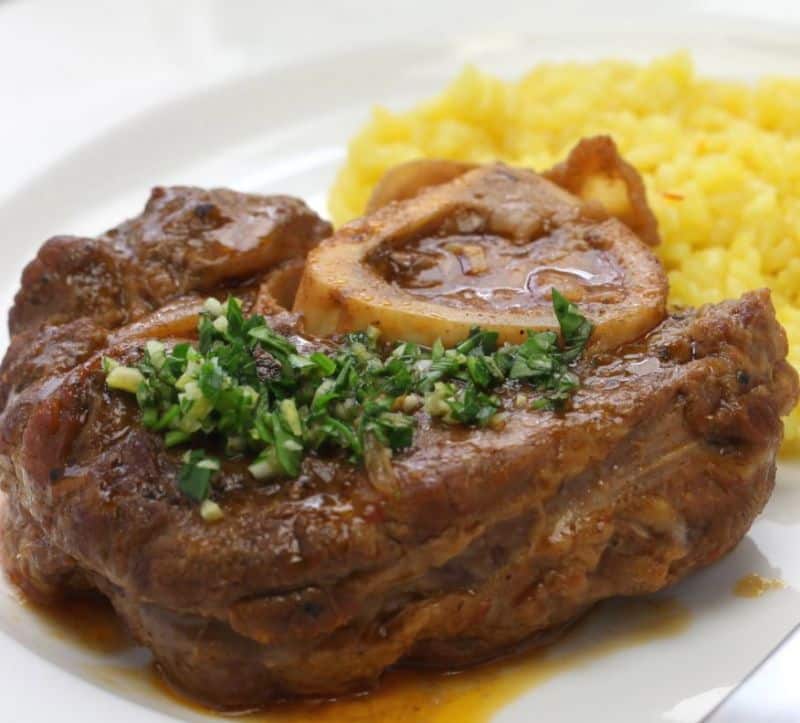 The most common appetizers on the Lombard tables are based on meats and cheeses, widespread in the region, which however are often consumed as a main course or as a conclusion of a meal, accompanied or not by polenta or fried polenta.

Among the patés are the Milanese veal liver pâté, Lomellina goose paté. 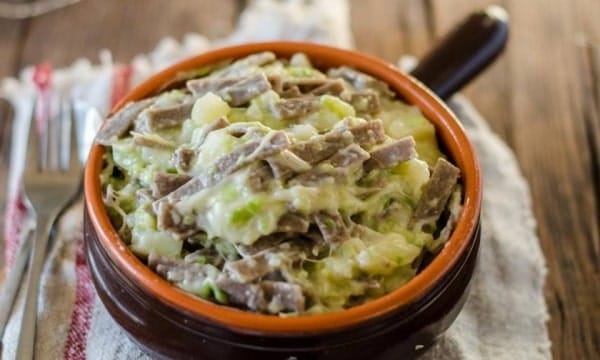 First courses based on rice

Rice can be said to be a common element in all the local kitchens of Lombardy, and is the basis of first courses from Valtellina to Mantovano. Preparation “base” of rice common to the entire region is rice in Carpione, rice boiled in salted water and seasoned with butter in which garlic and sage were fried, and finally sprinkled with parmesan.

It can alternatively be served together with asparagus or pumpkin.

Along with this there are preparations of soups with rice, combined with vegetables typical of the whole region, such as cabbage, turnips, peas and today disused coratella.

The main dish of the region are risottos, that is toasted rice and then cooked with hot broth: spread throughout the Lombardy region are the risotto with mushrooms, and with sausage.

Traditionally local, although well known outside the region are the Risotto alla Milanese, which owes its characteristic saffron yellow color. 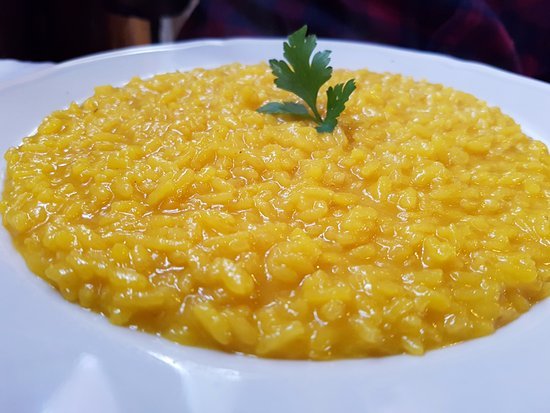 Stuffed pasta dishes are common to the whole region are the so-called skinny ravioli. or ravioli with a generic stuffing based on egg yolk, ricotta and herbs that vary from area to area

Typical of the eastern provinces we have casoncelli (casonsei), stuffed pasta of various shapes (half-moon in Bergamo, square or “candy” in Brescia) filled with meat, parmesan and aromatic herbs and consumed with a sprinkling of butter and cheese.

the Marubini in broth of the province of Cremona, square in shape and stuffed with braised meats, salami, grana padano and nutmeg. In the Mantua there are pumpkin tortelli.

Belonging to the province of Pavia, in particular Oltrepò Pavese are agnolotti.

If filled pasta is the main type of pasta in Lombardy, there are still examples of dry pasta: among the best known are the Pizzoccheri della Valtellina, thick tagliatelle of buckwheat flour seasoned with potatoes, cabbage and melted cheese, pumpkin gnocchi and Pizzoccheri della Valchiavenna, or potato gnocchi with butter and melted cheese, the Bergamaschi Strangolapreti, made from a mixture of stale bread, eggs, milk and herbs. 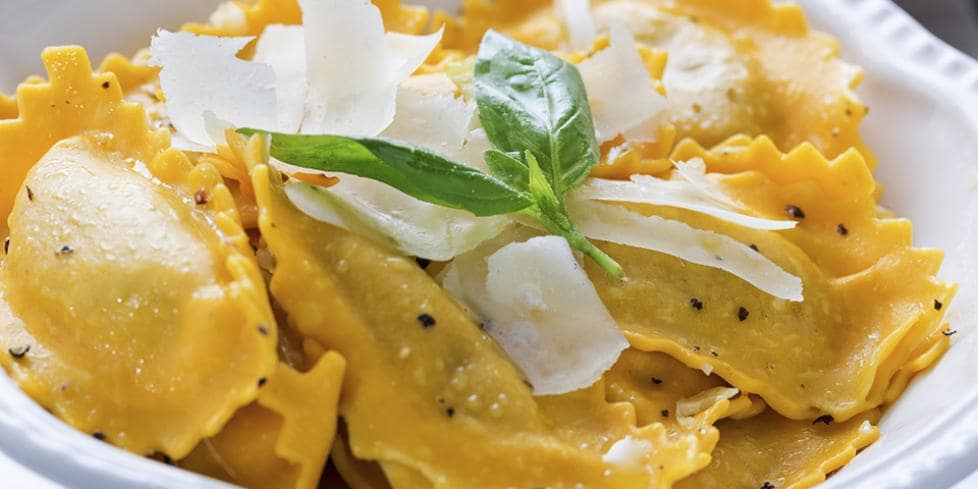 Widespread throughout the territory is the sausage, especially pork, in all its variants such as Valcamonica sheep’s castrato sausage.Another common dish is the mixed boiled meat, depending on the province prepared with different cuts of meat, accompanied by Mostarda cremonese or Mantovana: throughout the territory there is widespread consumption of cotechino, sometimes served together with mixed boiled meat. The most famous variant of the territory is certainly the cremonese boiled meat, in which the classic veal cuts are added veal head, veal tongue and fresh salami, accompanied by the classic boiled sauces. 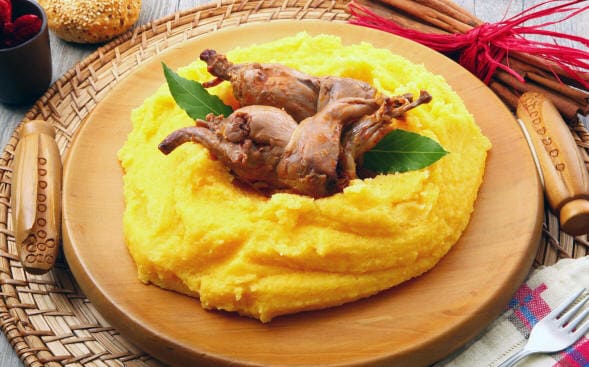 Of Milan but widespread throughout western Lombardy are the Cassoela, a sort of stew with ribs, luganega and savoy cabbages.

The Bruscitti, originating from the Altomilanese, which consists of a braised meat cut very fine cooked in wine and fennel seeds,

Of Alpine cuisine spread in Valtellina you can name the ribè with lavècc, where the marinated pork ribs are cooked for hours with wine in lavècc, particular pots of soapstone.

The veal is particularly used in Milan and is the basis of two of the most popular dishes: the Milanese cutlet and Ossobuco, prepared according to tradition with a sauté of parsley, garlic and lemon zest and served as a single dish together risotto. Goose meat is instead widely consumed in the Pavia area in Lomellina for the preparation of first, second and sausages.

In the previous centuries polenta was the basic food of the Lombard people: polenta could be eaten alone or as a side dish in meat dishes, such as the famous polenta and osei, vegetables, such as polenta with mushrooms, with lard for cleaning and gras pestà, or with one of the numerous cheeses. However, there are many condiments and variations of the classic polenta:

1)  Polenta taragna, typical of Valtellina and the alpine areas of Bergamo and Brescia, corn flour is added to buckwheat flour that give the polenta a darker color than the characteristic yellow.

2)  Polenta Uncia, from the Como area, prepared by adding cheese and butter on which the garlic and sage have browned when the polenta is still warm inside the cauldron.

4) Polenta Pult, typical of Lecco, made with wheat flour added to corn 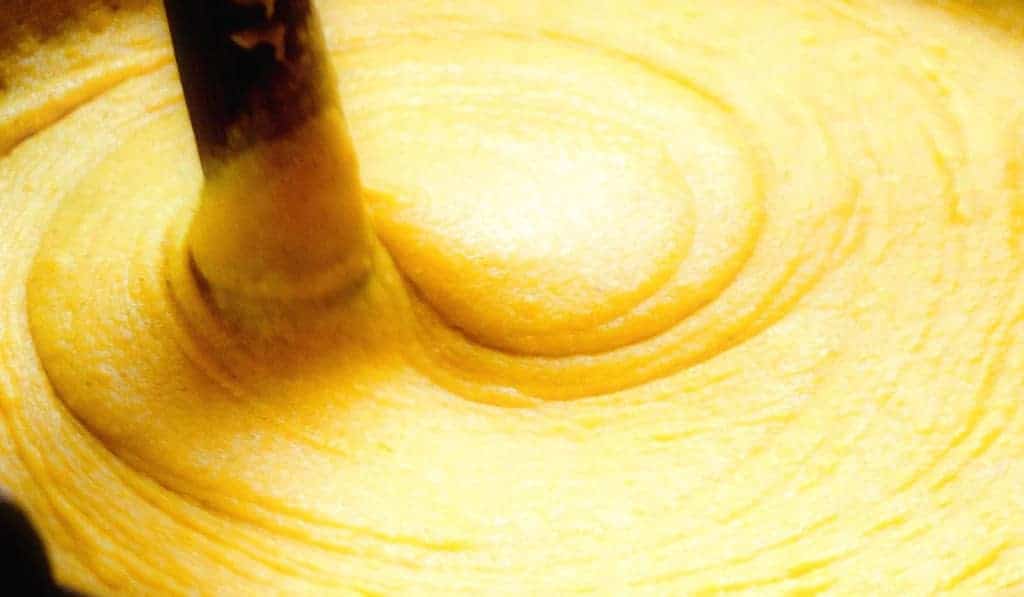 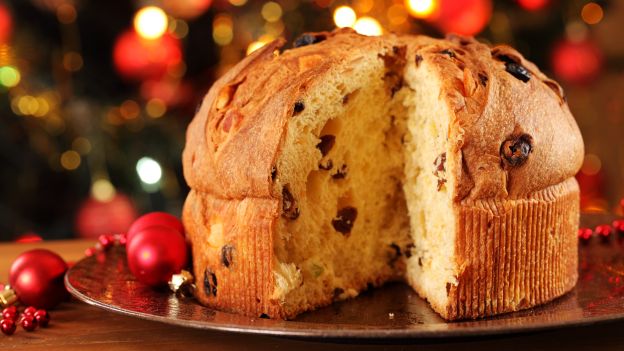 Famous Lombard desserts are surely Panettone and Colomba, belonging to the Milanese pastry tradition: now widespread throughout Italy, the first is a typical cylindrical Christmas cake whose dough is enriched with raisins and candied fruit while the second one is consumed generally during the Easter period, from the mixture similar to the panettone, but in the shape of a Dove and covered with icing and sugar.

Other famous sweets of the region are the Torrone of Cremona according to the legend created by the local confectioners for the marriage of Francesco Sforza and Bianca Maria Visconti, and Amaretti di Saronno, crunchy biscuits based on almonds. 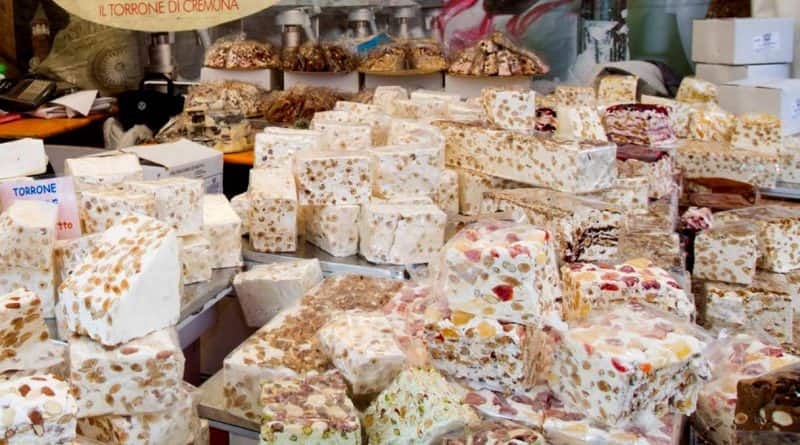 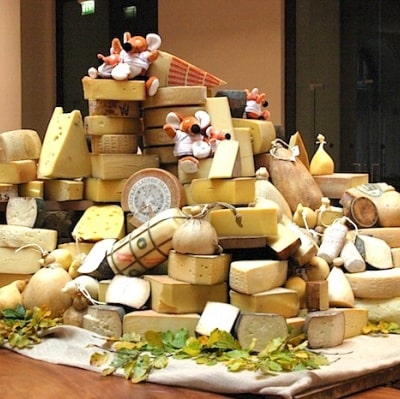 One of the most famous and most widespread cheese in the region is the Grana Padano, produced in most of the region except Valtellina and Como, is one of the most famous and ancient Italian hard cheeses, used together with Parmigiano Reggiano, produced in the province of Mantua, as a condiment on the first and in fillings: both derive from Granone Lodigiano, ancestor of all Italian Grana cheese whose origin would be attributed to the monks of the abbey of Chiaravalle in the twelfth century.The Gorgonzola, the Taleggio, the Casera, the Bitto, the Provolone Valpadana, the Salva Cremasco, the Strachitunt, the Nostrano Valtrompia, the Formai de Mut of the Alta Valle Brembana, the Formaggella del Luinese, the only goat cheese from Lombardy, 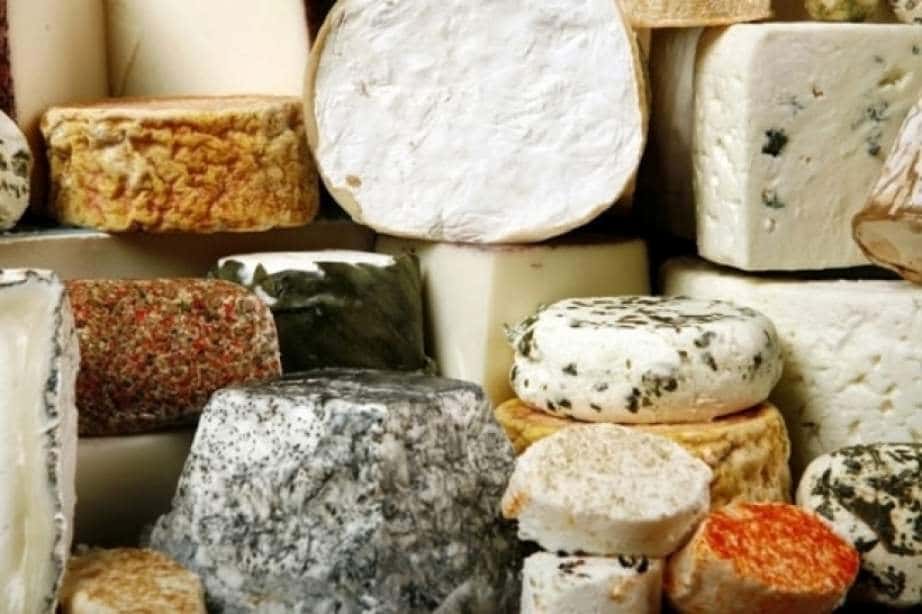 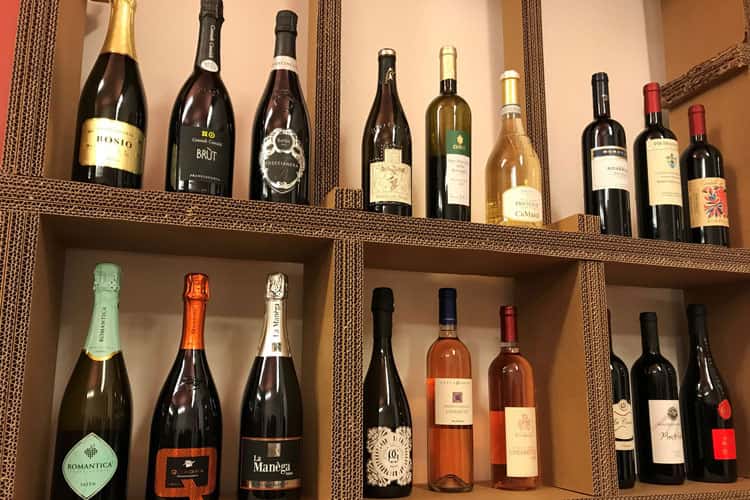 In Lombardy the cultivation of the vine dates back to the Neolithic period, as evidenced by the discovery of grape seeds in contemporary archaeological sites,

however the first reliable sources of wine production date back to the 1st century BC,mwhere the Oltrepò Pavese wines and the “Retic wines” produced are described in the area of ​​Lake Como. The provinces of Lombardy boast precisely 5 DOCG, 22 DOC and 15 IGT: 60% of the regional wine production falls under the denomination DOC and DOCG, or about twice the national average.The most famous areas of wine production are the Oltrepò Pavese, in the province of Pavia, Franciacorta, a hilly area south of Lake Iseo, the moraine area around Lake Garda, and the Valtellina, where wines are cultivated on typical terraces that allow cultivation on very steep mountain terrain and greater insolation of the vineyards.

Franciacorta, sparkling wine made with chardonnay and pinot grapes, in the white and rosé version.

Valtellina Superiore, obtained from Nebbiolo grapes grown on the northern slope of the Valtellina in typical terracings, which together with the characteristics of the land allow a higher insolation to compensate for the rigidity of the climate. It is a full-bodied wine with a strong taste to consume with meat dishes. 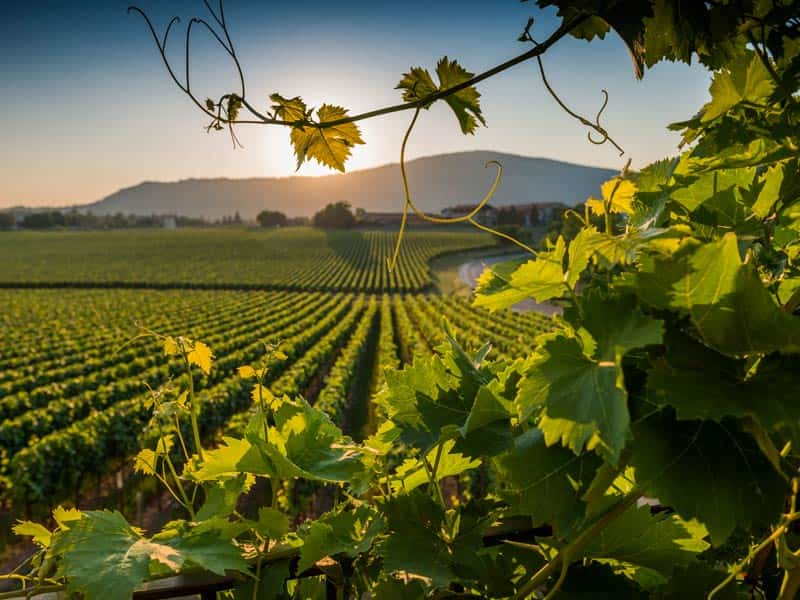 always obtained from Nebbiolo grapes left to wither over the normal harvesting period in order to naturally increase the sugar content of the fruit.

The result is a rare example of a very structured dry “passito”, to be consumed with important meat dishes such as stews and braised meats.

Oltrepò Pavese classic method, sparkling wine made with Pinot produced in the province of Pavia in the white and rosé version.

passito obtained with a similar method to the Sforzato di Valtellina in hilly terrain with high slope, to be consumed with chocolate and cheese. It is produced only in the municipality of Scanzorosciate in the province of Bergamo.

Famous DOC wines of the region are

Curtefranca and Cellatica, Franciacorta, Valtenesi, Garda Bresciano and Lugana of Garda area , the Rosso di Valtellina, and the Lambrusco Mantovano. 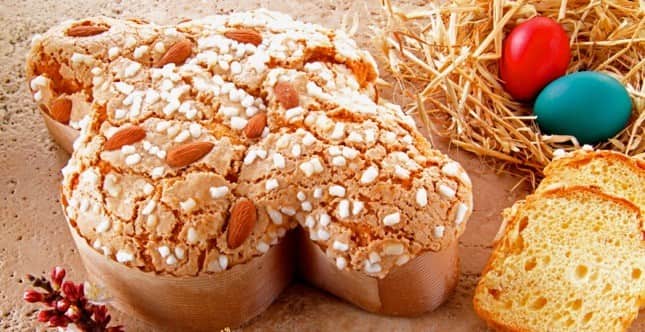