How to make a great Bolognese sauce

How to make a great Bolognese sauce

and the most common errors (to avoid) 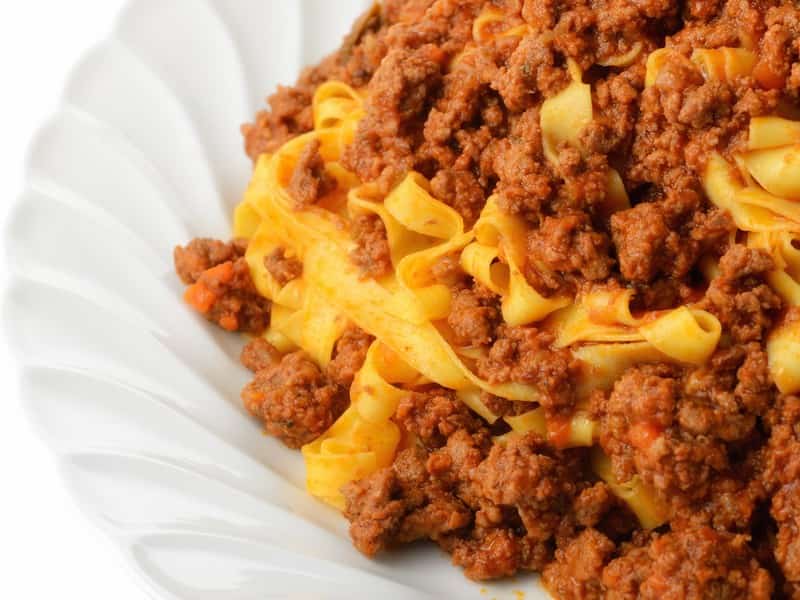 Speaking of the Bolognese sauce is, I know, it’s like slipping into a hornet’s nest, so I speak almost in a whisper, hoping not to bump into the feelings of some starred Chef.

First of all we must distinguish Ragù alla Bolognese and Ragù alla Napoletana, they are two completely different things.

Bolognese ragù is one of the foundations of Italian cuisine and doing it properly is far from simple. Too dry or too much liquid, stewed or scorched meat, flavors not amalgamated, too large pieces (of meat or vegetables) …

There are many mistakes in which you can run, due to which the result can be unsatisfactory.

Do not lose heart, avoid the most common mistakes listed below, and you will see that the sauce will have no more secrets for you. 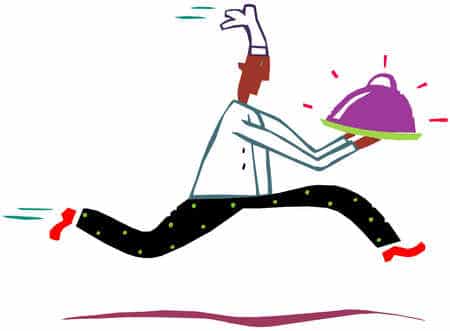 If you do not have at least 3/4 hours of time available, change the program. The quick version of Bolognese sauce does not exist: it is a recipe that requires 2/3 hours of cooking plus the time for preparing vegetables (celery, carrots and onions), so avoid trying if you are in a hurry. 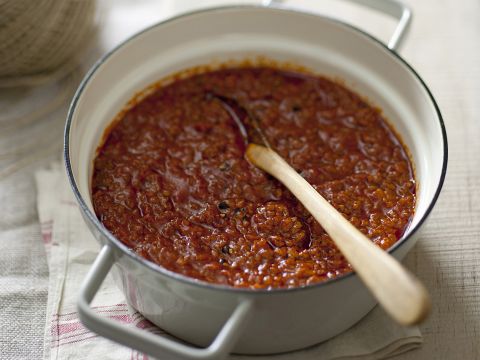 The meat to be used for the sauce should be at least two types: pork and beef, there are various percentages, my favorite percentage is 50/50. But everyone here can change according to their tastes. The meat should not be too thin. So avoid the minced meat without fat, and instead prefer the one with a little fat, essential because it is not dried and because it gives more flavor to your meat sauce.

Error 3 Cook meat and vegetables together

This is perhaps the most common mistake, dictated by haste. Meat and vegetables need, at the beginning, different types of cooking: the meat needs a lively fire, while the vegetables should brown slowly, over a gentle heat. Then we will start cooking the vegetables over a low heat in a pan first and then, after the vegetables have become soft, add the meat and raise the fire.

Error 4 Salt too much, at the beginning

If you were to add too much salt at the beginning, there is the problem that at the end of cooking, the sauce would be too salty due to the fact that boiling the water has evaporated and the sauce is concentrated. So, my advice, first brown them well vegetables and meat, and only when they are browned you can add a little ‘salt, before putting the concentrate,  I suggest you taste the sauce at the end of cooking and, if missing add a little’ salt.

Error 5 Use tomato and not tomato paste

For a perfect sauce is banned any type of tomato that is not the tomato paste: no then to sauce, peeled tomatoes or fresh tomatoes.

Which would release too much water and would give the preparation a little intense flavor. More, when the tomato boiling for many hours takes a rather sour taste, which is likely to cover the taste of the sauce.

Tthat’s why many cooks add sugar or cream into the sauce at the end of cooking. 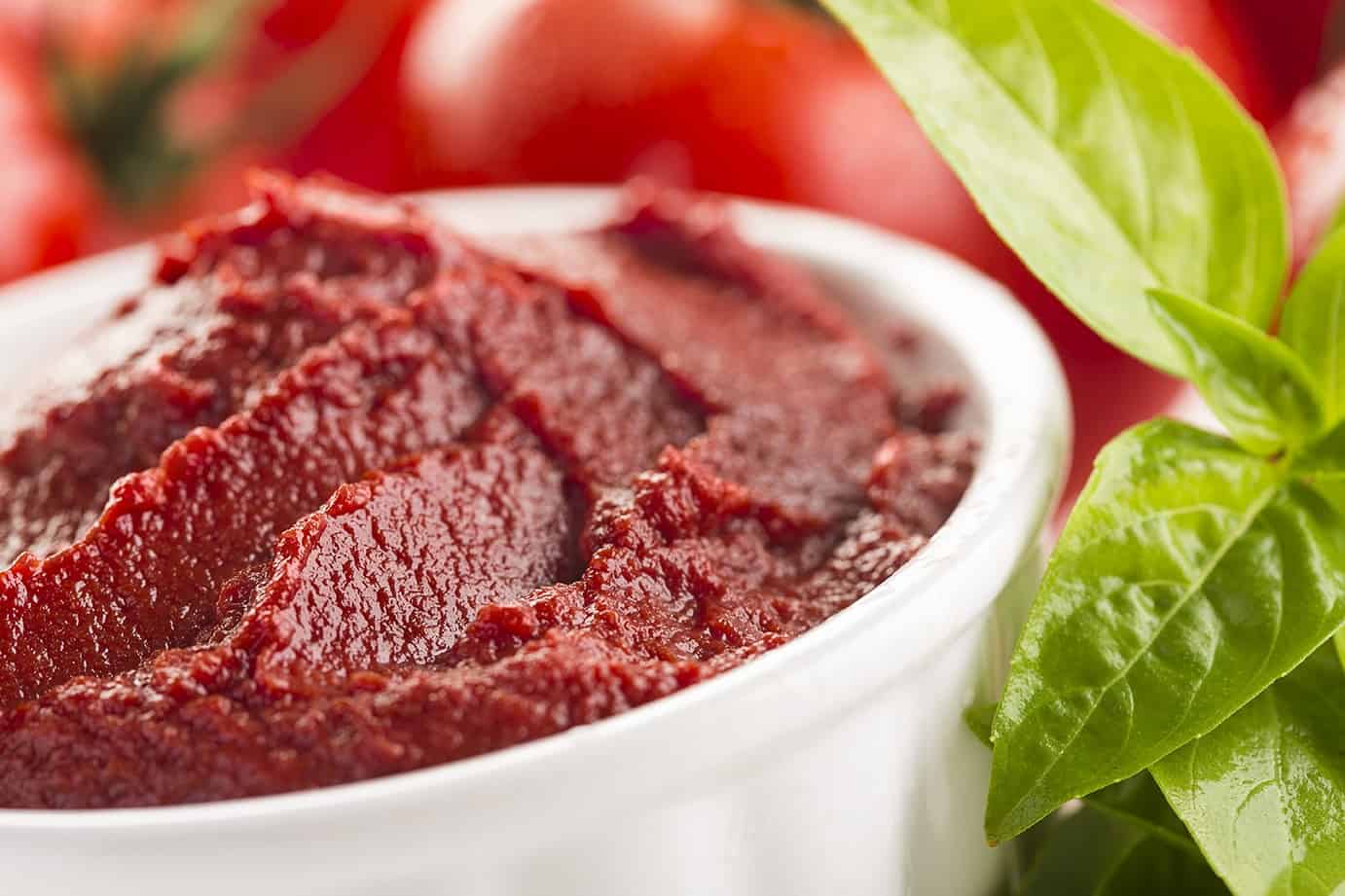 Error 6 Use a pan that is too small

The vegetables and the meat need to brown well on all sides: for this reason you need a pan suitable for the quantity of meat sauce that we are cooking and the thick bottom, which spreads the heat in a homogeneous way.

Error 7  Do not mix the sauce

The sauce is something we have to metabolize, follow, cuddle, we can not put it on the fire and then forget it without even mixing it once. I suggest to mixing the sauce every 20/30 minutes or more.

The Ragù must be savored moment by moment in its evolution, in its transformation during cooking, it is something magical.The emotion that gives you when you breathe the various aromas that change every time when you mixed and make you already dream the Tagliatelle seasoned in the dish that you will go to eat in a few hours. 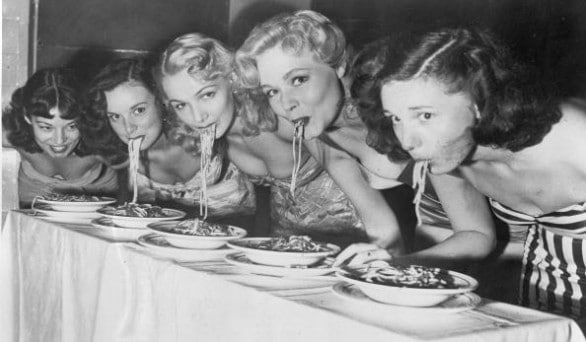 Error 8  Use Spaghetti and not Tagliatelle  😉

Oh yeah! Unfortunately, do not want to, but the Bolognese Ragù is eaten with Tagliatelle or Fettuccine (born in Bologna) and not with Spaghetti (born in Naples). Although I must say that the combination with Spaghetti is really apt. However this is a piece of advice and not a rule.

If you want to learn how to make fresh handmade pasta with the traditional Bolognese Meat Sauce, booking one of my classes.
Short class
One-day class