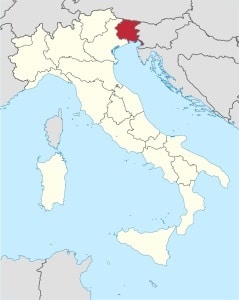 The Friulian cuisine is influenced by the morphology of the region that goes from the sea to the mountains, the diversity of the cultures and the populations that have inhabited it, contributing substantially to a differentiation of the culinary traditions.

From the economic point of view, the main food districts in the second decade of 2000 are those of the wine sector and that of San Daniele ham.

It is a mainly earthenware cuisine, with incursions in the sea cuisine on the Adriatic coast, and also some peculiarities, such as the Boreto alla Graisana, (soup of Grado), a fish soup without tomato and with a predominance of turbot. The absence of tomatoes and an abundance of pepper from this recipe date back to the early Middle Ages, prior to the introduction of tomato in Europe, as well as suggesting the importance of the traffic of nearby Aquileia in the abundance of the use of pepper. 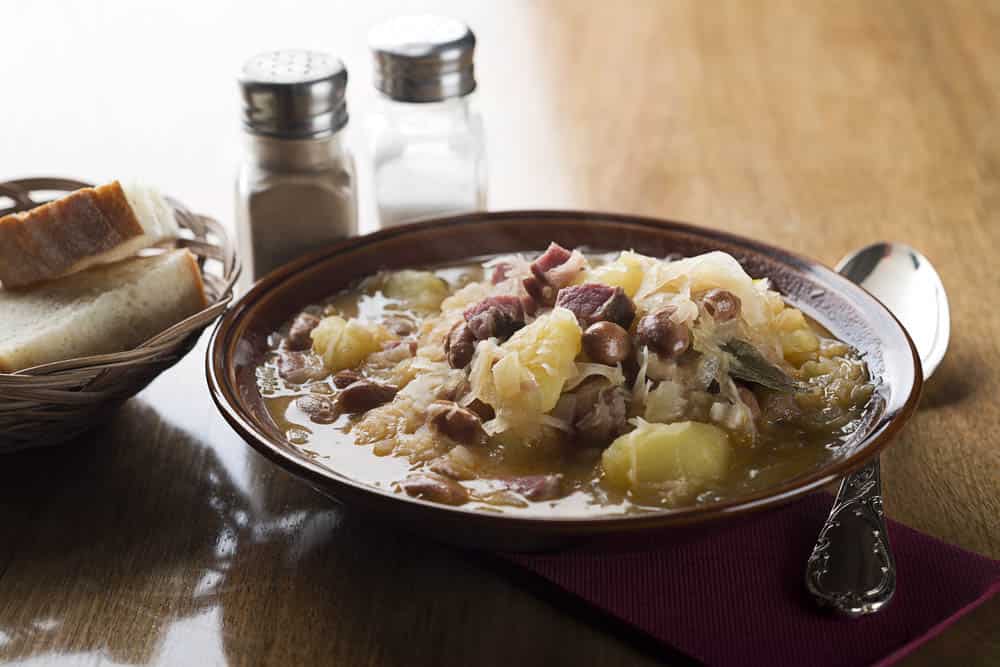 Among the first courses, in the past, minestrone and minestrone were very important, including bean soups, pasta and beans, jota, which require long cooking and preparation, and which were made with vegetables. The changed living conditions required faster dishes in the preparation, especially pasta. Risotto with sclopit, (silene vulgaris), risotto with asparagus and risotto with urticcions (hops) and also pies vegetables and gnocchi.

They are typical The “musetto” (muset) is a sausage similar to the cotechino, made with the parts of the pig’s snout. The various dishes of game, hare, rabbit, wild boar, roe deer, deer, chamois, generally accompanied with polenta. The stews and the boiled meat are of some importance. Among the other boiled meat, the salted beef tongue is very appreciated.

In recent times, traditional Slavic dishes such as goulash and ćevapčići were introduced. The fish dishes are instead made mainly with fish from the Adriatic not only in coastal areas but also in the plains and hills of Friuli, to which are added specialties based on trout bred in the areas of San Daniele del Friuli or resurgences, and even crayfish

One of the leading productions of the Friuli food industry is trout breeding, produced for about 40% of the national total, in the area of San Daniele del Friuli and Codroipo in the province of Udine, in the area of Fontanafredda in the province of Pordenone. For 70% it is a salmon trout. Production is largely destined for the Italian domestic market. In taverns, especially in Udine, they are served with aperitif snacks of salt cod canapés, sardines in saor, masanette (stewed crabs). 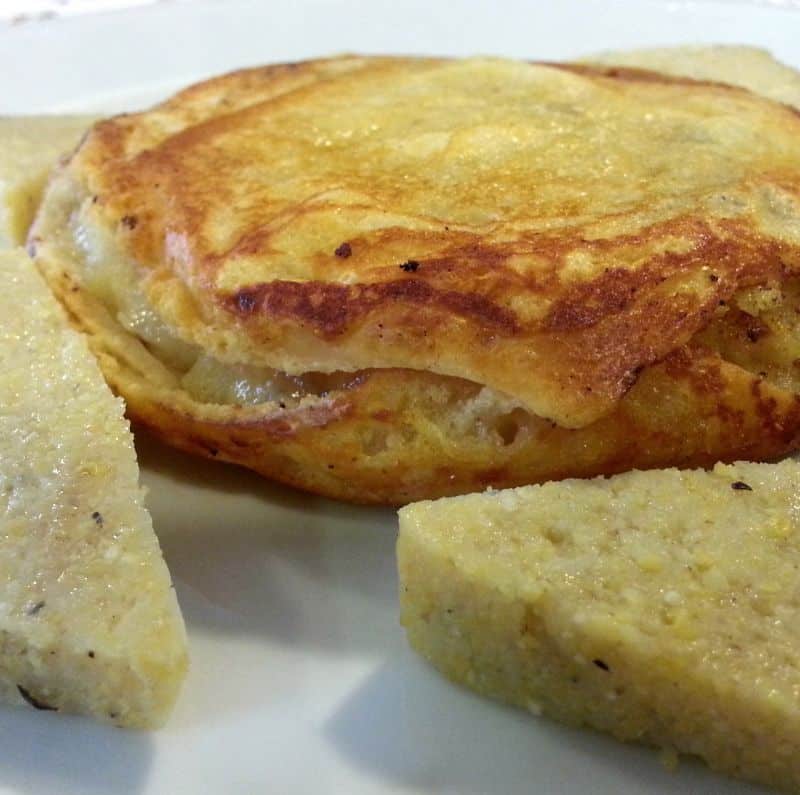 The brovada consists of turnips soured with the marc and then grated, very common in the countryside and in every agricultural family, due to the simplicity of the preparation.

Cuted turnips are placed in a vat separated from the marc, and left to ferment for a few weeks after the end of the harvest, until they are ready for the beginning of the harshest winter. The brovada is the typical accompaniment of the nose.

Among the sauces and condiments, are important Kren and Ajvar, the first of Austro-Hungarian derivation and the second of Slavic derivation. The Kren is a horseradish sauce used with boiled meats, from the aforementioned musetto, to the salmistrata tongue to the prosciutto cooked with bread from Trieste.

The Ajvar instead is a sauce of peppers and aubergines and vinegar and spices that goes well with ćevapčići, or rasnici (skewers of meat), but in general with grilled meat. 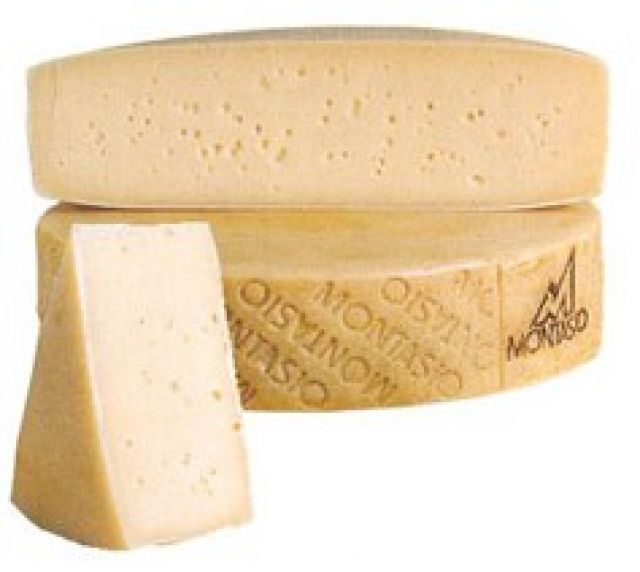 milk and the dairy industry have a prominent place in the Friuli economy, both for the cheese production of cheese and for the derivatives, in particular frico. The most widespread and well-known cheese is also a Malga cheese, as the Montasio takes its name from the Montasio plateau where it is still produced even in the malga, as well as in the large production units of the plain. However, the malga cheese is a cheese produced in small production units located throughout the Friuli mountain that use the milk of animals that practice the pasture.

Asìno cheese, typical of Monte Asio (in the Pordenone area) from which the name derives, is a soft cheese similar to the salty Carico cheese

Formadi Frant, typical of Carnia, is a preparation with chopped cheese scraps with the addition of salt, pepper, milk and cream, is seasoned for 40 days.

Formadi Cjoc, also called drunken cheese, the forms are immersed in grape musts for a minimum of 2 and a maximum of 10 days. 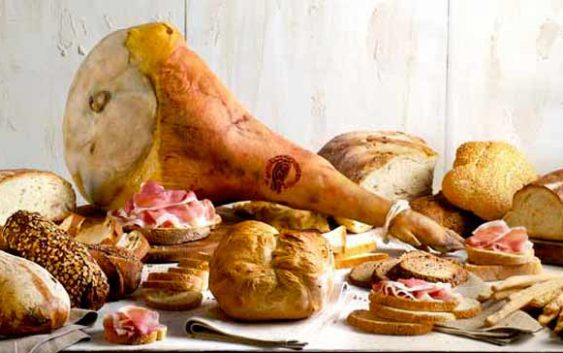 Important, also from an economic point of view for the region, is the production of cured meats and sausages, with the famous San Daniele ham and with the production, more niche but always of high quality, of Cormons and Sauris raw ham where speck is also produce.

The presence of an important and growing industry of ham factories means that there is also a good production of other meats and sausages from the processing of pork, such as salami, soppressa, cooked ham. A particular note deserves cooked ham called “Prague”.

The “Praga” is a slightly smoked cooked ham from Central European origins but then forgotten there and reborn in the beautiful Trieste of the early twentieth century, in a version cut by hand, hot, served in bread with the addition of cren.

From the ham factories and salami factories of the Karst (facilitated by the presence of the free port granted by Maria Theresa of Habsburg) the Prague has spread in the salami factories of Friuli, which however found the new young cosmopolitan capital of the early twentieth century Trieste as a natural commercial outlet . 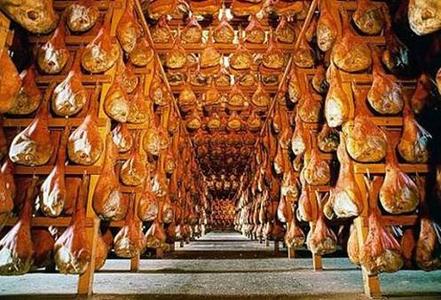 The Friulian wine production is a leading sector of the Friuli economy, together with that of San Daniele ham. In the decade 2000-2010, the production favored white wines rather than reds or rosés, allocating a large part to exports. In particular, about 40% of the vineyards produce Prosecco and sparkling wines, Pinot grigio, Sauvignon, Chardonnay and Friulano, 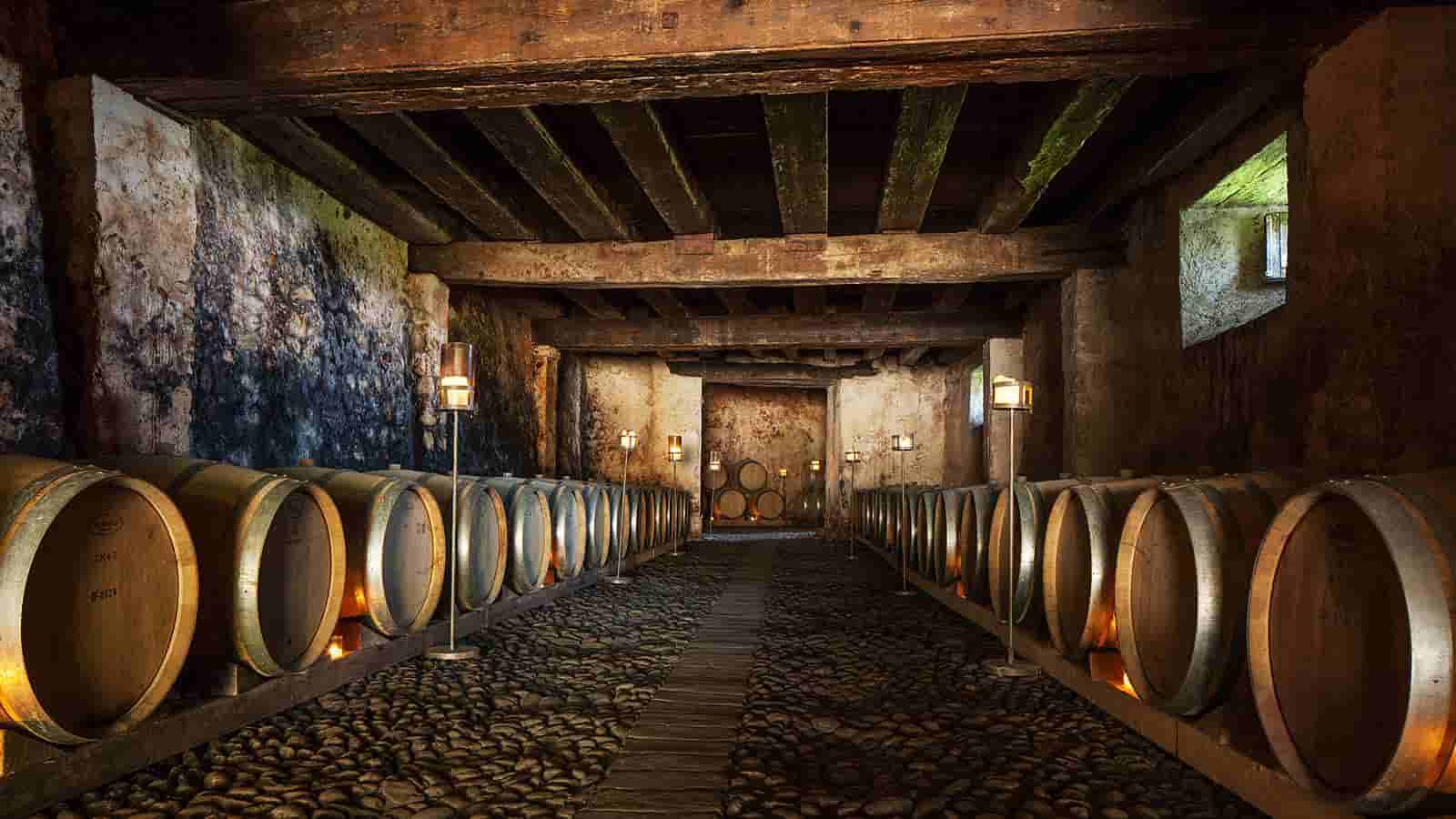