Home The 10 most famous Italian cold cuts in the world

Come and visit my AIRBNB online experience page, to spend a few hours with me and the wonderful Italian foodh 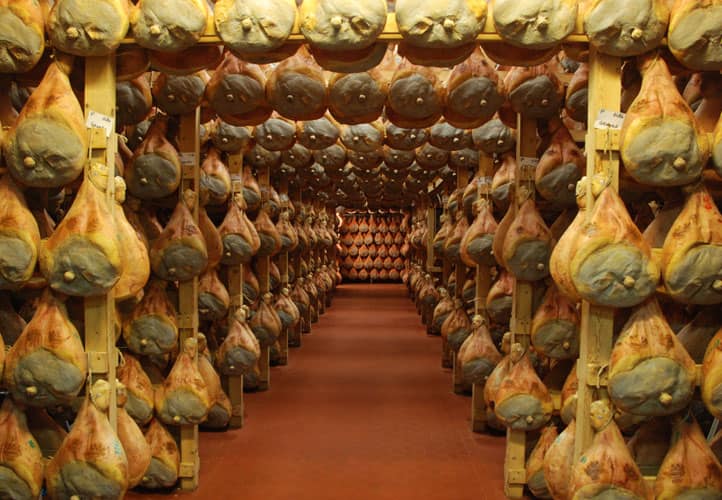 Italy produces more than 250 different types of could cuts and sausages, some well known and widespread other less known, more niche, but equally worthy of attention and of course a taste.

And a good part of the national production of salami is sold abroad, a sign that in the rest of the world the Italian excellence of the sector is appreciated and requested.

But which are the most famous could cuts? 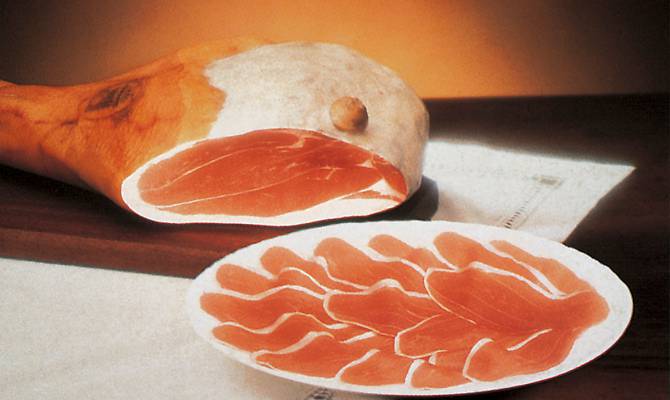 First of all the Parma ham, the one with a characteristic sweet taste, produced by about 150 companies in a decidedly restricted geographical area located in the eastern part of the province of Parma. The whole process, from breeding pigs to hams, is performed according to the indications of the Consortium that grants the branding.

Remaining in Emilia, we can not fail to mention the Bologna Mortadella, the only one on the market that has obtained the PGI (Protected Geographical Indication) mark. It is a sausage of pork, cooked, pink and often flavored with pistachios.
they produce various sizes, and you can get up to 300 kg, but the record is a whole mortadella of 921 kg 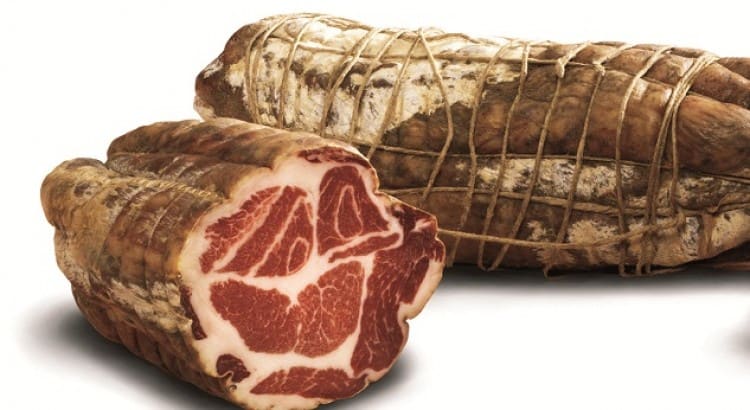 The Coppa di Parma is a salted pork meat, very salty and spicy, which is aged for a minimum of 60 days. Despite its name, its production is not limited to the Parma area alone, but also includes the Emilia provinces of Piacenza, Reggio Emilia, Modena and the Lombardy provinces of Mantua, Pavia, Cremona and Lodi. 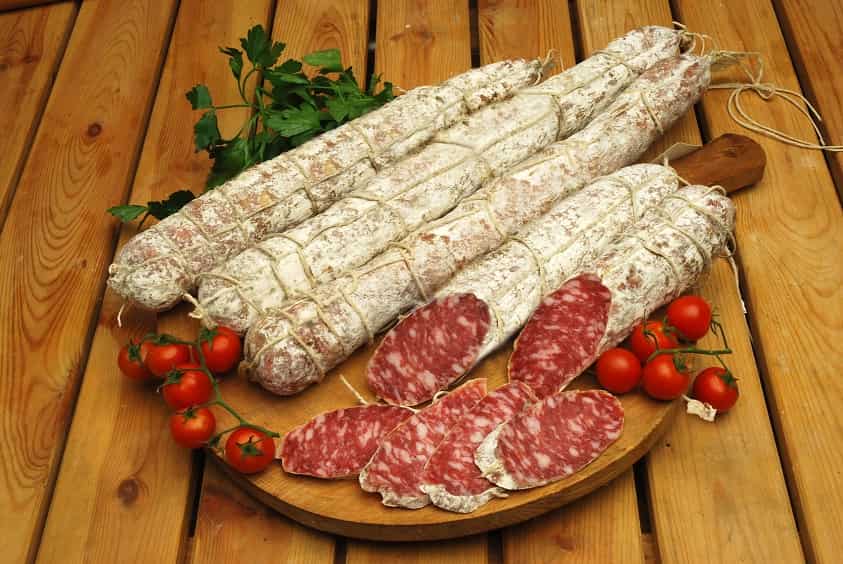 the Salame of Felino takes its name from the town in the province of Parma where it originated (Felino), but it is also produced in some neighboring towns, such as, for example, Langhirano. It is a product that has obtained the PGI (Protected Geographical Indication) mark and is made from the processing of pure pork, 70% combined with lean cuts and the remaining 30% with fat. Once seasoned and brought to the table, it is sliced diagonally, thus obtaining oval slices much larger than the diameter of the salami itself.

The Bresaola della Valtellina is recognized by the PGI brand and is produced exclusively in the province of Sondrio with selected beef that undergoes a special process of salting and aging. It is excellent seasoned with oil and lemon or combined with flakes of parmesan. 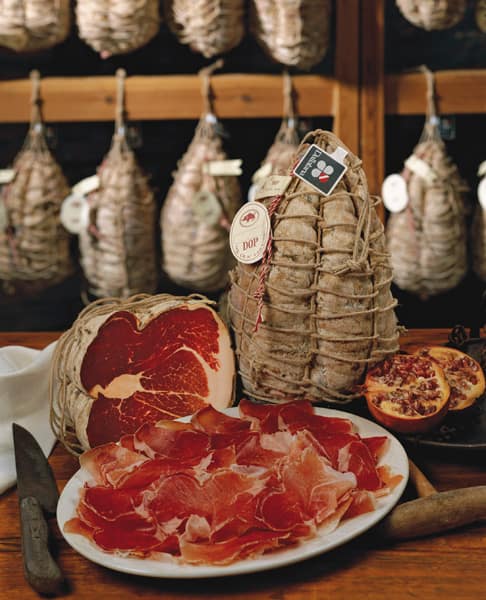 The Culatello di Zibello is a very fine salami, recognized by the DOP (Protected Designation of Origin) mark and is listed among the Slow Food Presidia of Emilia Romagna.The Culatello is guaranteed by the homonymous Consortium that has circumscribed the production area and has defined both the processing methods of pork, and the production period that must fall within the coldest period, between October and February, when the valley is shrouded in fog. 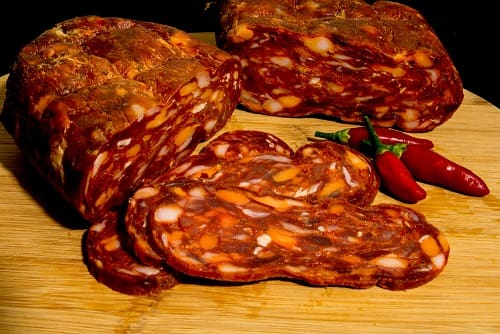 The Soppressata di Calabria is a product that bears the DOP (Protected Designation of Origin) mark and is obtained from coarsely chopped pork to which salt, pepper, fennel seeds and lots of chilli are added. It is this last ingredient that gives the product the classic red / orange color. 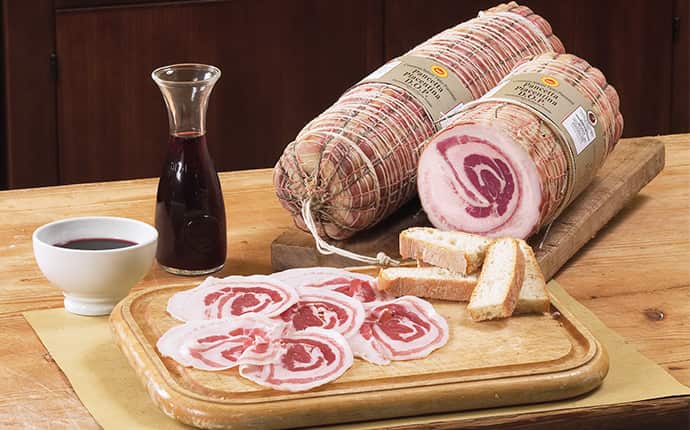 The Piacenza pork belly, also awarded the DOP mark, is a typical Emilian salami, produced with pork with a high percentage of fat, combined with salt and spices. The cut is of two colors: the bright red part of leaner meat and the shiny white part of fat meat. 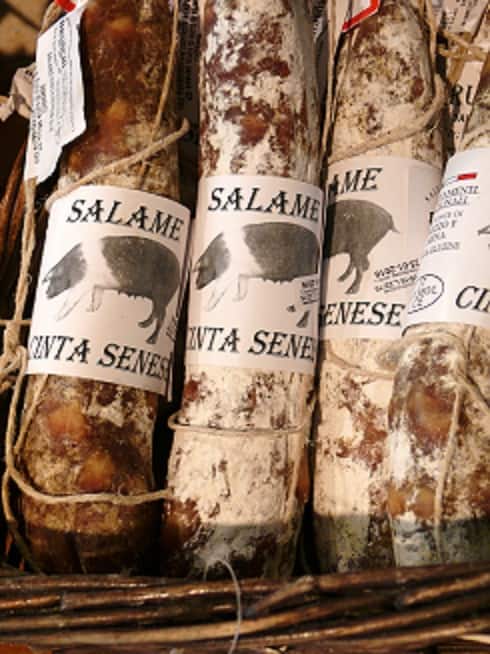 The Cinta Senese salami is a typical salami of the Tuscany region, produced using the meat of a particular breed of pigs (the Cinta Senese, in fact), so called for a strip that crosses their coat of different color, and seems to encase them as a belt. It is a very tasty salami, with an intense flavor and definitely more expensive than other products normally present on the market. 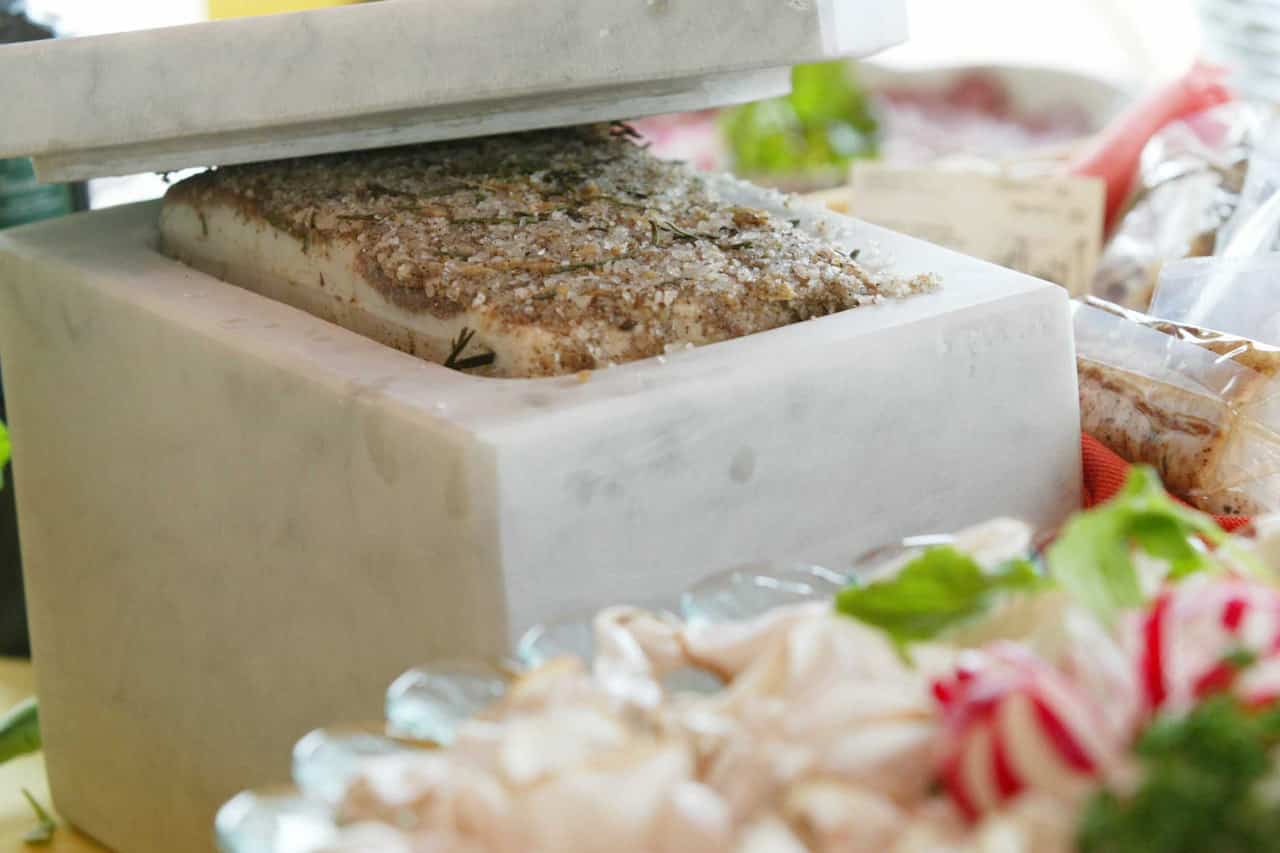 The Lardo di Colonnata, produced exclusively in the homonymous village located on the Apuan Alps in the province of Massa Carrara, is a very particular salami. It is produced using pork, salted and spiced pork lard, which is then left to age for 6/10 months in special white Carrara marble basins that are first rubbed with garlic.

The basins maintain within them a particular temperature and humidity that give at this seasoned product unique and inimitable characteristics.